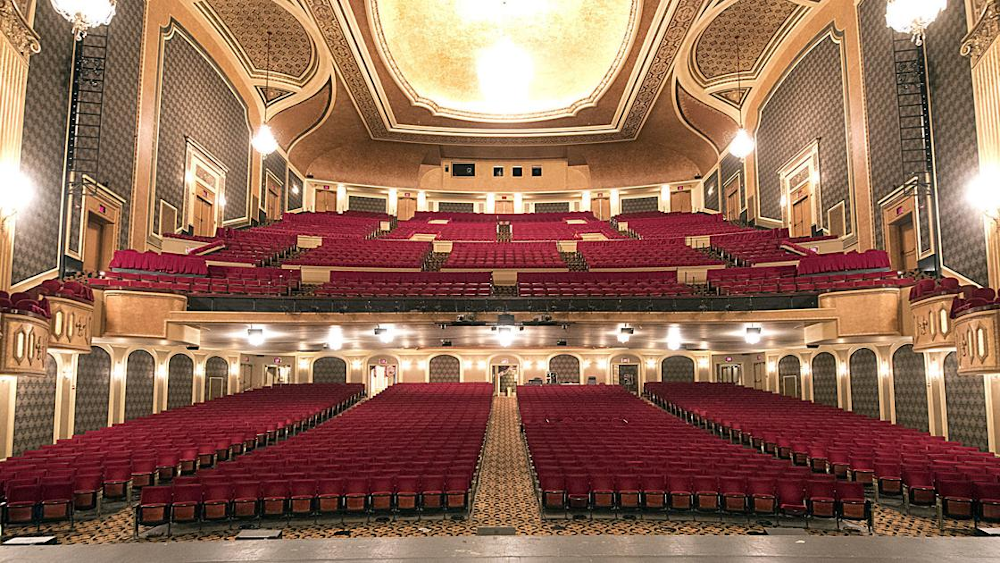 The Orpheum Theatre is a performing arts center located in Sioux City, Iowa. The venue was constructed in 1927 as a vaudeville and movie palace to answer the community’s need for similar venues at that time. The original facility was constructed as part of the Orpheum Circuit by Rapp & Rapp. When it was constructed, it was considered one of the largest theatres in Iowa and presented a financial risk to Mr. Arthur Sanford, who was a major builder on the project. The entire facility had a construction cost of $1.75 million, which was unprecedented during the 20s.

The venue had opulent vaudeville-style decoration and had seating for 2,650 attendees, a three-story auditorium with a Wurlitzer pipe organ, half-circle boxes, hand-carved detailing, and several other features. Many Orpheum Theatre patrons compared it to some of the more opulent movie palaces of New York and California, with some even calling it a marvel of construction, style, and elegance. This style made it a popular destination for touring symphony performances, ballet recitals, and special shows by famous entertainers including Fred Astaire and Katharine Hepburn.

Over time, even the lush decorations and style of The Orpheum needed maintenance. The acclaim and public appeal held by the venue made theatre lovers quite interested in seeing how the venue would be updated or improved. So when the theatre entered its first round of renovations, the country had their eyes on The Orpheum. Ray Shepardson, a nationally known theatre restoration specialist, called one of the most extensively documented restorations in the United States, which included Lindblade’s documentary “Puttin’ on the Glitz”.

Many of these renovations included insensitive remodeling over the decades that often resulted in spectacular reopenings that were well-loved and well attended. Some of these renovations include a 1982 “twinned” process, where the venue was cut into two smaller movie houses with a wall of sheetrock placed down the center aisle. The most impressive reconstruction began in 1999 when Ray Shepardson oversaw the work of architect Ed Storm and others for a project that cost nearly $12 million. This project had the difficult prospect of updating the theatre to modern standards while maintaining the ambiance that reporter Robert Morast said: “…feels like an upper-class theater ripped out of an old black-and-white movie and given a Technicolor treatment.”

When the theater was reopened on September 15, 2001, the venue and its opening acts were met with near-unanimous acclaim. To date, some of the more famous acts that graced their stage include shows by Sheryl Crow, B.B. King, David Copperfield, and Bob Dylan. The history behind this important theater has earned it recognition and listing on the National Register of Historic Places as of 2000.

See the below pages for further information on the Orpheum Theatre – Sioux City:

Ticket Policies:
Read about the famous ticket guarantee and ticket authenticity policies when you purchase tickets via this website.